“Truth never damages a cause that is just.” Mahatma Gandhi

Hot off the Press! New, peer-reviewed, scientific manuscript published in the journal Scientific Reports that suggests poaching for ivory has not diminished across most of Africa. http://www.nature.com/articles/s41598-020-66906-w 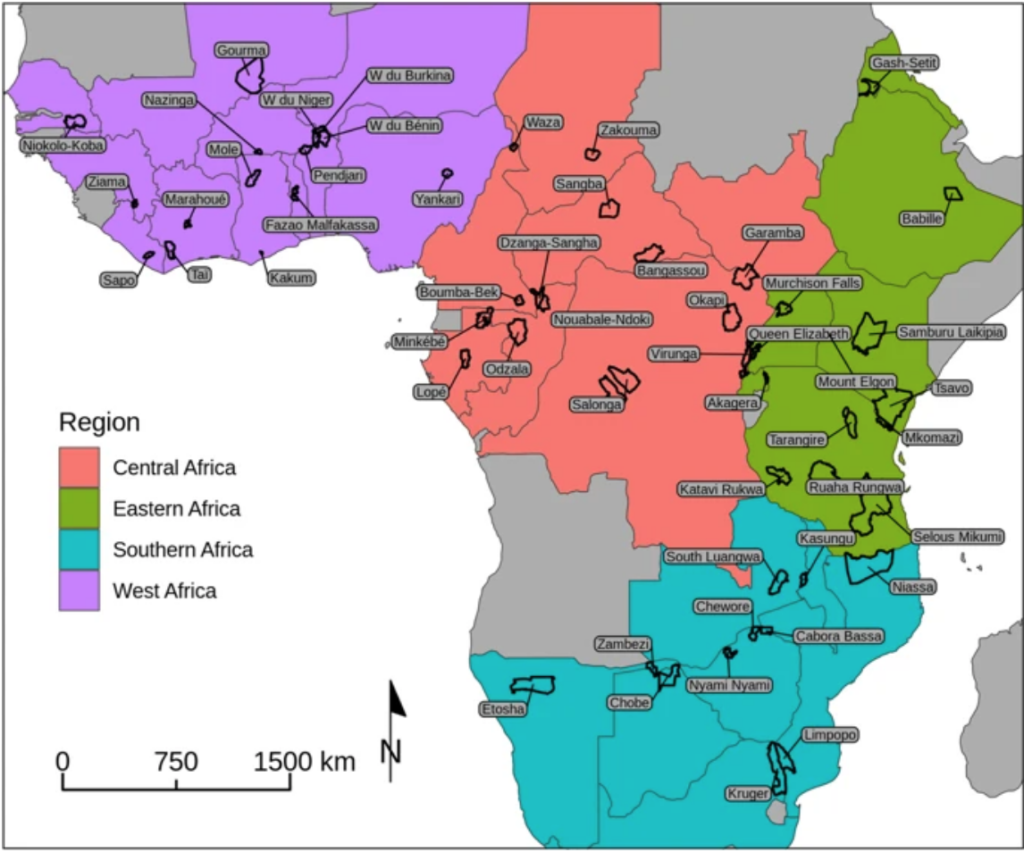 MIKE sites by region in Africa, with site names labelled. Sites are outlined in black.

New research led by Elephants Without Borders (EWB) reveals that poaching of African elephants for their ivory has not decreased since 2011 in Western, Southern, and Central Africa. As a result, continued efforts to combat poaching will be necessary to save elephant populations. The new study was published today, June 23rd in Scientific Reports, in collaboration from researchers at the University of Washington and the Amboseli Trust for Elephants.

Across Africa, a wave of elephant poaching for ivory began around 2005. Some recent studies suggested that poaching peaked in 2011 and has been declining since then. In this new study, researchers applied a novel statistical technique to analyze poaching data from the Monitoring the Illegal Killing of Elephants (MIKE) Program. By region, the authors found that elephant poaching has decreased only in Eastern Africa in recent years. In the Western, Central, and Southern Africa, poaching is essentially unchanged since 2011.

Lead author Dr. Scott Schlossberg, an analyst for EWB, says, “reports of falling poaching rates in Africa are something of an illusion. Regionally, elephant poaching is decreasing only in Eastern Africa. For the rest of the continent, poaching rates are still near their peak and have changed little since 2011.”

Ongoing poaching in Central and Western Africa is of special concern. In Western Africa, remaining elephants are mostly in small, scattered populations that may be too small to withstand much poaching. Central Africa is the home of the African forest elephant, a distinct species that has experienced severe losses due to poaching and habitat loss in recent years.

Co-author Michael Chase of EWB said, “the poachers are not easing up their efforts, so the countries of Africa and supporters of elephants around the world need to keep up the fight against poaching. We have already lost over 100,000 elephants to poaching since 2007. Reducing poaching should be a top priority of conservationists.”

The Monitoring the Illegal Killing of Elephants (MIKE) Program is administered by CITES. At MIKE sites, rangers record the number of elephant carcasses they find. The proportion of those carcasses that were killed illegally was used as the measure of poaching rates in the new study. Data for the new study came from 53 sites in 28 African countries.

To read or download the open-access, full paper in Scientific Reports: