Congratulations / Kealeboga to the “graduate” guides who have completed EWB’s Research Lecture Series!

In the wake of the COVID-19 crisis, travel and tourism in Botswana has  dwindled and one of the strongest disciplines hit were the pillars of the industry, the trained safari Guides. Admirably, many here in Chobe decided to take this time to improve their knowledge and skills. 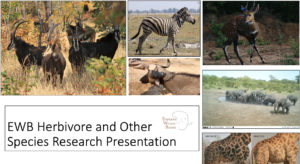 EWB has been providing presentations with open discussions on topics including: Elephant, Herbivore and other species population trends, distributions, movements and research in Botswana; Aerial Survey methodology and survey results from the Continental status of  elephants due to the Great Elephant Census, KAZA country surveys, Botswana’s surveys, and analyzed down to the District level in Botswana; the Human/Elephant interface: Problem-animal control data, conflict reports, and mitigation to alleviate elephant conflict and enhancing co-existence; and EWB’s broader programs in conservation and community work. 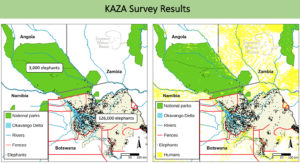 The series is comprised of six different sessions, that were scheduled twice per week during the months of July, August and September to allow for the limited number of guides to join freely and participate on each subject. The information base of reports, scientific publications and illustrations referenced in the presentations are made freely available to the participants for their use and library.

Nearly 80 participants, from more than 25 Chobe Tourism businesses and freelancers, attended. And proudly, more than 30 dedicated guides were able to complete the entire series and received a Congratulatory certificate and letter endorsing their active participation in the series.