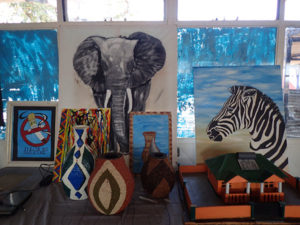 It was timed to coincide with EWB’s “We are Proud of our Natural Heritage” parade, Kasane’s participation of the Global March for Elephants, Rhinos & Lions and the week before the Botswana’s 50th Independence celebrations. 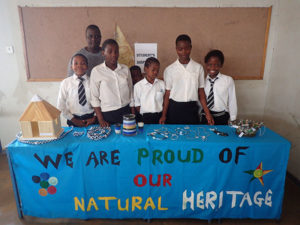 All 14 schools within Chobe District participated holding competitions within and between the schools. Teachers in every school provided lessons on environmental issues and responsibilities and the students showed their creativity to express lessons they had learned.

Individual student projects in each school were based on categories of Writing/Essays, Art & Painting, Crafts, Weaving & Sewing. Competition categories between the schools were judged. The winning students were hosted and participated in the District’s Fair and competitions held at Chobe Junior Secondary school. During the District Fair, winning categories were displayed and presented, and the awards, ribbons and prizes were given after further competitions were held on environmental “Quiz” and “Debate.” 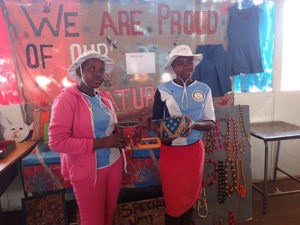 We were very pleased to have special guest speaker, Sylvia Medina, founder of the Green Kids Club and author of the Green Kids story books. Green Kids Club is designed to teach young children the importance of environmental stewardship through picture books. The series was developed to teach children the importance of protecting habitats, to sustain ecosystems, animal and ultimately human life.  Difficult environmental issues such as poaching, habitat, encroachment, etc. are part of the stories. Sylvia presented her latest book “African Bush Fire and the Elephant” which takes place in Botswana, inspired by the serious threat that fires have on the environment, especially in the dry season of the African bush.

It was a full month of learning lessons and an opportunity to showcase the student’s creativity. The next morning, the students and teachers marched, expressing their pride in the “Natural Heritage” parade as their school’s representatives. Fun was had by All, the students, teachers and EWB! 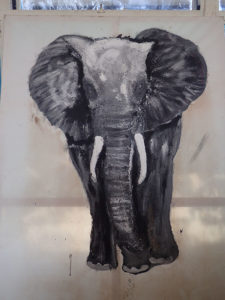 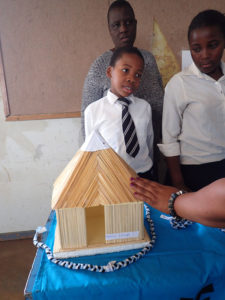 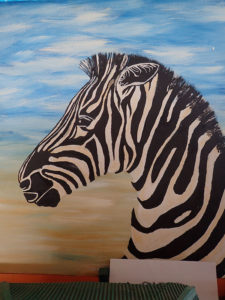 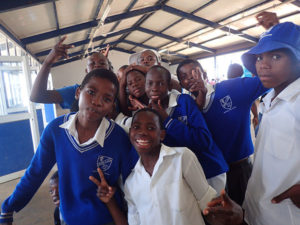 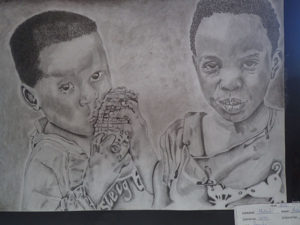 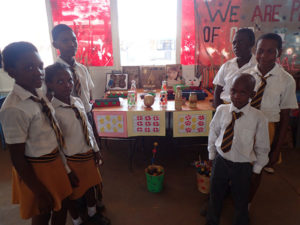 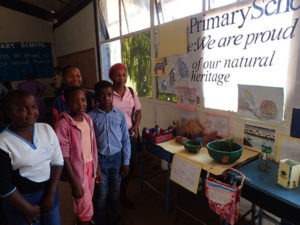 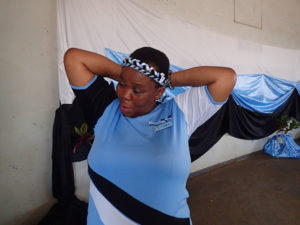 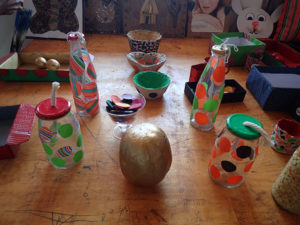 Night lights made from recycled bottles 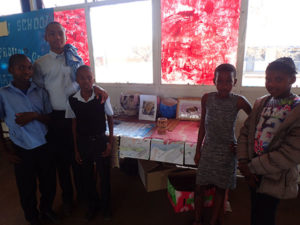 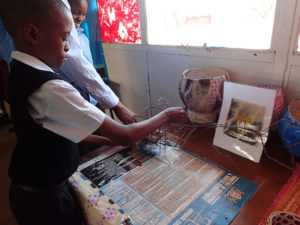 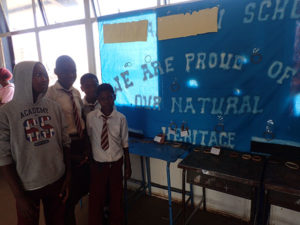 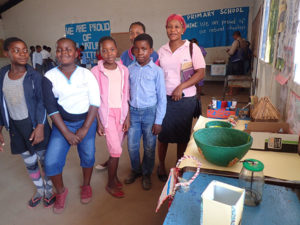 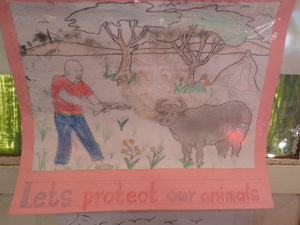 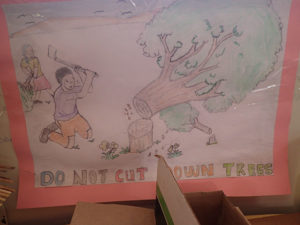 Do Not cut down trees! 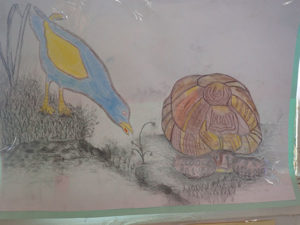 Francolin and tortoise, a love for the smaller animals 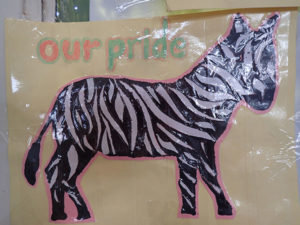 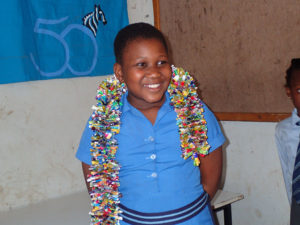 Candy wrapper necklace, would be nice on a Holiday tree! 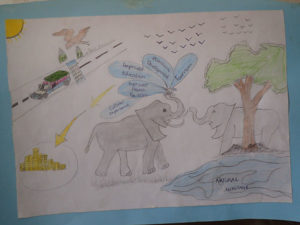 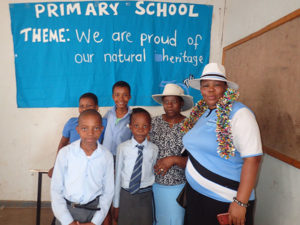 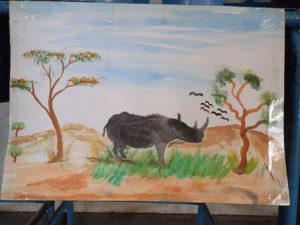 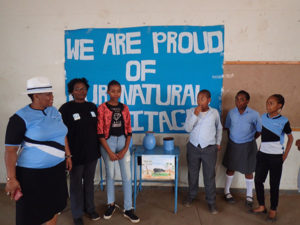 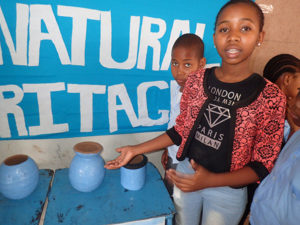