We are pleased to be able to share two EWB’s co-authored, peer-reviewed scientific papers that have recently been published this last month, please see the abstracts and links here. Our research strives to provide proper information based on data to the decision makers on wildlife conservation efforts across the Continent. To access other scientific publications, click on our Downloads page!

The world’s biodiversity is shared by countries that are increasingly recognizing the need for effective responses to human influence and climate change impacts through coordinated management and protection of nature beyond national borders. The case of elephants, a highly mobile and widely distributed mammal that plays crucial ecological and economic roles in savanna and forest landscapes, exemplifies the need for approaches to conservation that transcend geopolitical frontiers. Transboundary cooperation can bring substantial conservation and economic benefits but also presents challenges for policy, governance, and diplomacy. While some multilateral environmental agreements have explicitly incorporated transboundary commitments into their frameworks, the Convention on International Trade in Endangered Species of Wild Fauna and Flora (CITES) continues to focus on the sovereignty of individual nations in regulating trade of wildlife. This inward-looking approach is embodied by the continued “split-listing” by range States of African elephants between countries affording two levels of protection—Appendix I (no international commercial trade) and Appendix II (regulated trade). Using data from the African Elephant Status Report 2016, where savanna elephant data are based mostly on the recently completed Great Elephant Census, we show that 76% of elephants are found in populations spread across one or more national borders. This blurring of strictly national populations makes a split-listing of elephants between two CITES appendices—and varying levels of protection—inconsistent with ecological reality and conservation best practice. At the 17th CITES Conference of Parties (CoP17), in September–October 2016, influential parties prevented acceptance of a proposal, supported by the majority of elephant range states, that would have unified all African elephants under Appendix I. The real reasons for perpetuating the split-listing at CoP17 were ideological and political, and threaten to undermine the convention as an evidence-based and coordinated mechanism for conserving threatened species. Isolationist policies and politically motivated compromises will help neither elephants nor people in an interdependent world facing common environmental challenges needful of harmonized agendas and scaled-up cooperation. 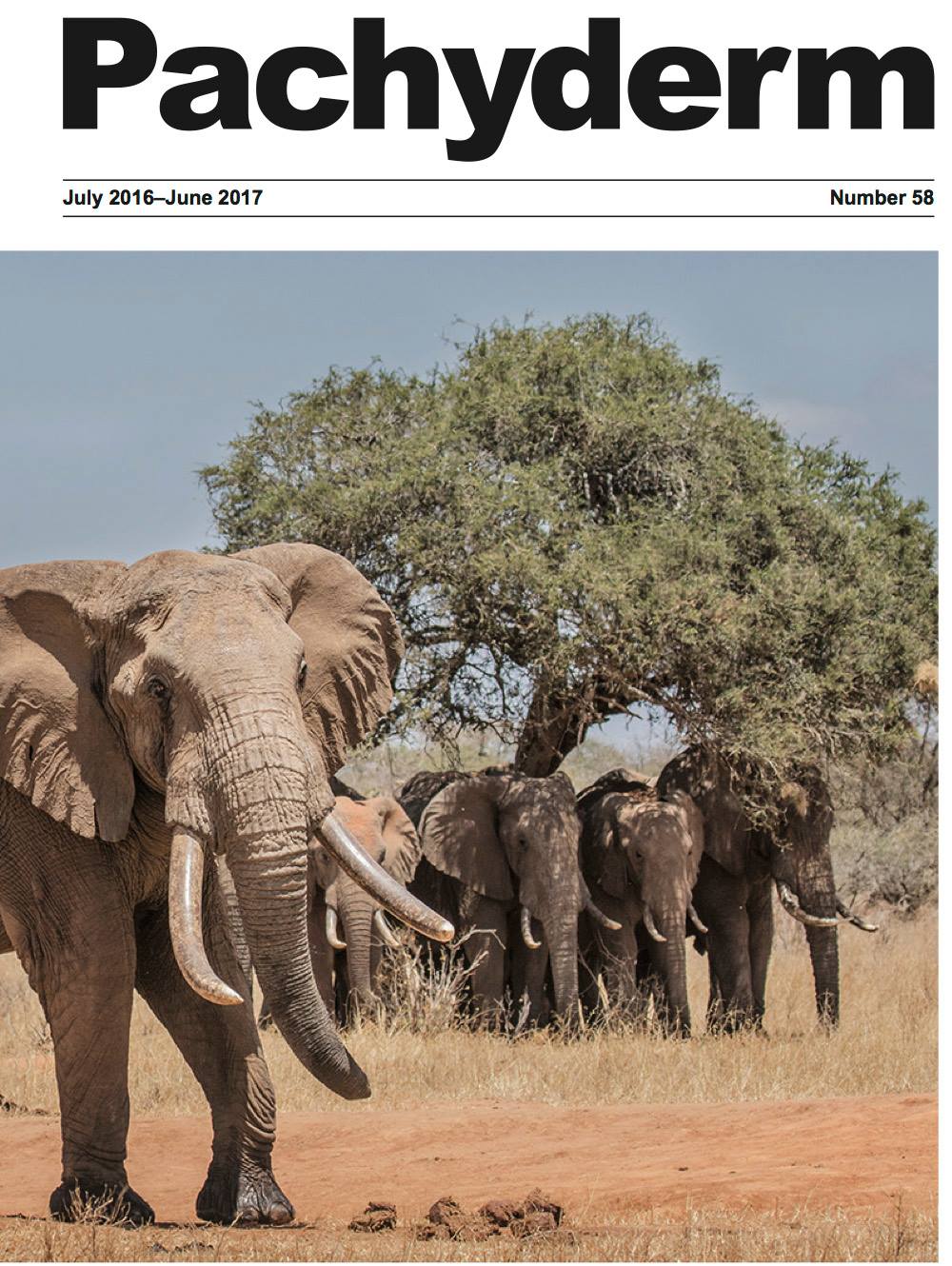 Botswana has been lauded by the international conservation community for maintaining the largest population of African elephants on the continent. However, given the size of the elephant population and increasing human population in Botswana, elephants and people are forced at times to live in close proximity to each other, making human–elephant conflict difficult to avoid. It is widely acknowledged that the management of
protected areas and wildlife is often a complicated and contentious issue, which requires participation by all stakeholders. This preliminary study aims to determine stakeholders’ opinions and perceptions of elephants and elephant management in Botswana. Questionnaires were distributed nationwide and were completed on a voluntary basis. The majority of those who responded, valued elephants for intrinsic reasons, such as
their being part of the environment; however, there were concerns over the lack of management and how best to manage the population in the future. These concerns stemmed in part from the perceived lack of communication among stakeholders. There was a significant difference in opinion between those that lived inside and outside of the elephant range. The study provides an insight into stakeholders’ opinions and perceptions of elephant management in Botswana, providing inputs for an improved management strategy, aimed at reducing the incidence and impact of human–elephant conflict in Botswana.

To view or download EWB’s other scientific publications, see our Downloads page under the Information tab. For aerial survey reports, visit our Surveys page under the What We Do tab.

Support Elephants Without Borders programs, research and initiatives, click here or the Support EWB button at the top of the page. Thank you!